Written by Scott Cullins
San Diego Mountain Biking Association (SDMBA) President Kevin Loomis announced yesterday that SDMBA will be pulling out of IMBA effective April 29, 2018. SDMBA is one of IMBA’s larger chapters, so this will come as a blow to IMBA which has been under fire recently. 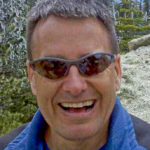 We heard from Loomis in a comment he made on our story Western MTB Trail Manager Weigh In on Wilderness Access. Mirroring results of a poll we ran on the Wasatch Rider facebook page, Loomis stated that more than three quarters of SDMBA’s membership support HR 1349. Loomis cited several issues he he and his group have with IMBA, including a lack of representation and an IMBA board of directors stocked with industry peeps instead of rider/club reps.

Last year, SDMBA’s membership dues were capped at $25K, which is down from recent year’s dues of $36k. While a reduction in dues is always appreciated, IMBA has apparently also reduced the support that typically comes in exchange for the membership dues.

Since the restructuring of fees, IMBA has “stopped all state representation, intentionally exploded HR 1349, is pro eBike, and has become the voice industry/environmental groups,” stated Loomis. So while IMBA may be reducing membership dues, it seems that has not been enough to assuage membership concerns.

Loomis goes on to mention the technology SDMBA is deploying to replace the membership management service previously performed by IMBA. “This will be a ‘plug and play’ allowing clubs to take back control, while also being able to share best practices and data between clubs—all at a deep discount relative to IMBA.”

Read Loomis’ full post at the bottom of the original article. We’ll keep you posted on any developments to the story. Until then, may your rides be flat free.