Park City Mountain Resort opened the season in decent fashion. Man-made snow and two runs. It’s what we expected. By the second weekend, however, things got interesting. With Bonanza, Sliverlode and Crescent opening up, we all got the chance to check out the new Miners Camp dining facility at the base of Silverlode and the new Quicksilver gondola. 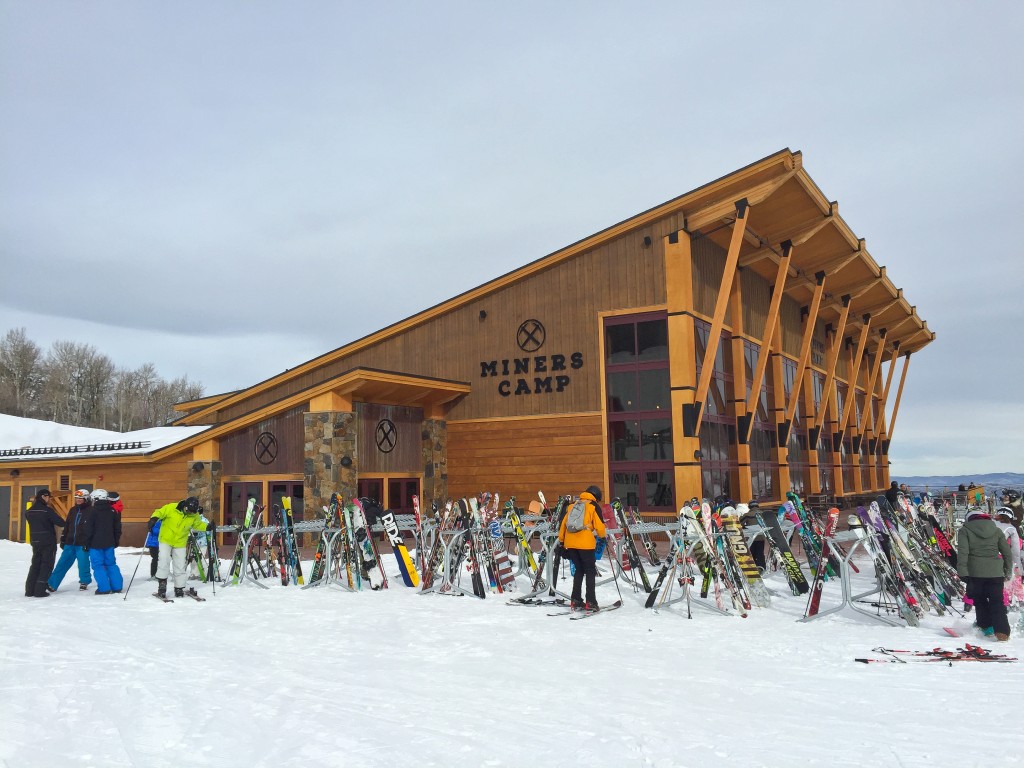 Before I had even set foot in the new lodge, I had been hearing rumors on the lifts about the high cost of food at the ‘Camp.’ But that was to be expected. After spending $50m in upgrades, higher food prices seemed to be an acceptable tradeoff. One could argue that the inexpensive Epic Pass would offset the extra money spent on a burger. Speaking of burgers, expect to pay about $20 for a burger and fries at Miners Camp. Ouch. Draft beers—sessions only of course—will set you back about $8.

PROTIP: Buy beer at a local market and toss a couple in your pocket. This will save you money but, more important is the joy of drinking a good can of highpoint beer—perhaps a Squatters Hop Rising—and making everyone in the lodge jealous.

I also got to see what the snowmaking team was up to further back in the resort. Again, more rumors, but it’s been said that the resort has made more snow then ever this early season. While there really weren’t anymore runs open than normal for this time of year, it did look like there were dozens of runs just about ready. With a storm expected that night, there would be a good chance that, suddenely, the majority of the mountain would be open and skiing well.

Park City did quite a bit of glading this summer, but it appears the workers left a lot of timber on the runs. This won’t be an issue on the groomers, but if off-piste is your thing, I recommend you let someone else ski the run first and expose the hazards. Then ride with you head up when you do jump in there!