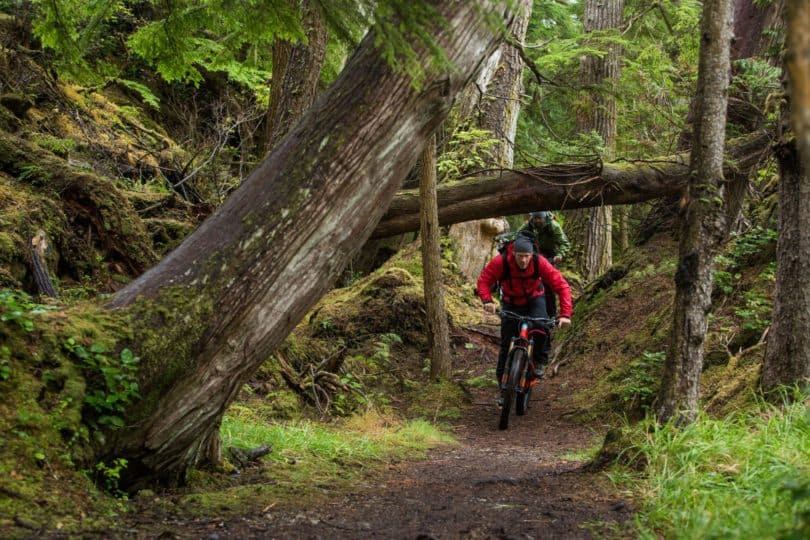 Film festivals give us the chance to see movies that haven’t been influenced by Hollywood money peddlers. The the 2018 Wasatch Mountain Film Festival offers some great bikepacking and mountain bike movies from the hearts of the filmmakers.

Everyone loves a good film. Especially if it’s short, has great cinematography and sound. Good films also have to tell a story we can relate to. And I can relate to good mountain bike movies.

One thing for sure, I am repulsed by the mass-produced Hollywood crap coming out of tinsel town lately. That’s why I like film festivals. This is my chance to see movies that haven’t been influenced by money peddlers. These movies come from the hearts of the filmmakers. And if it is the right film festival, chances are I’m going to see several movies that I really like. Enter the Wasatch Mountain Film Festival.

This is my chance to see movies that haven’t been influenced by money peddlers.”

The 2018 Wasatch Mountain Film Festival returns to northern Utah for its fourth year and takes place Monday, April 2 through Sunday April 8. The festival is presented by Wasatch Mountain Arts and features a number of films from around the globe—along with a new after party to cap the six-day event. The after-party will include DJ’s and two whiskey tastings provided by festival sponsor High West Distillery.

The festival features 72 films spread across all seven days in seven blocks, or screenings. The screenings all take place in Park City or downtown Salt Lake City. We’ve taken the liberty to curate a selection of films that—you guessed it—all have to do with mountain biking adventure cycling and bikepacking. Enjoy. 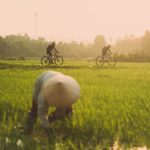 This film follows the journey of ultra endurance mountain bike athlete Rebecca Rusch and her Vietnamese riding partner, Huyen Nguyen, as they pedal 1,200 arduous miles along the infamous Ho Chi Minh Trail through the dense jungles of Vietnam, Laos, and Cambodia. Their Goal: to reach the newly discovered crash site and final resting place of Rebecca’s father, a U.S. Air Force pilot shot down over Laos some 40 years earlier. Along the way, both women push their bodies to the limit while learning more about each other’s culture, the historic ‘Blood Road’ they’re pedaling, how the Vietnam War shaped each of their lives in different ways, and, ultimately, discovering more about themselves. 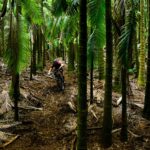 This follow up sequel to last year’s award-winning short film, DreamRide, takes you to a dream world were the trails never end. Combining a Dr. Success-Inspired narrative, mind-blowing natural landscapes, and one dreamer on a mountain bike, this film will take you on an adventure like no other. 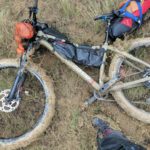 As a couple, Ultimate frisbee world champion Shannon McDowell and professional climber Graham Zimmerman decided they needed a new sport that they could learn together, on an even playing field. What they found was the adventure of a lifetime and a deeper appreciation for their adventurous relationship, along with a lot of wipeouts! Follow along as they engage the learning curve and leave the training wheels at home. 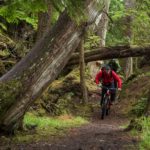 Pro mountain biker Matt Hunter has long dreamed to completing “The Foodless Odyssey”– bike-packing through hundreds of kilometers of wilderness on the remote Island of Haida Gwaii, living entirely off the land. His group could carry all the survival tools needed to bike, fish, hunt, and camp—but absolutely no food. 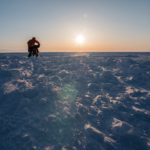 Compelled by Jack London’s assertion, that ‘any man who is a man can travel alone’, Ben Page sought an adventure of perfect solitude. Cycling through the Canadian Arctic, Page came to realize the harsh truths of traveling in such a formidable environment were a long way from the romanticisms of Jack London’s descriptions. The Frozen Road is an honest reflection on his solo trip; of the wonder, terror and frustration of riding through the unforgiving emptiness of one of the world’s last great wildernesses area. 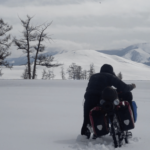 In the spring of 2016, nineteen-year- old Jimmy Hyland boarded a plane to Mongolia. Having spent his life reading books, watching films, and hearing stories of adventure, he decided it was time to find his own. Drastically unprepared and armed with little more than a bike he had bought the week before for £50 and a few basic tools, Jimmy set off into the Steppe, but all did not go as planned. 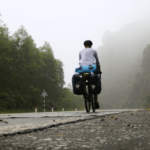 Through the Open Door

The door to adventure is wide open, waiting for you. Through the Open Door is a call to try something outrageously new. It is a call to trust yourself and to open yourself to a wide world of possibility. It is a call to find your happiness. Filmed during a three-month solo bicycle trip through Thailand, Cambodia, and Vietnam, this personal journey has universal appeal.

To buy tickets to these mountain bike movies, or to the other films at the festival, visit wasatchfilmfestival.org. Come early fo the pre-party, sponsored by High West Distillery. If you can’t make it to Utah for the festival, fear not, These flicks will be avaialable soon. But you should come to Utah anyway. There’s great riding (and skiing) to you had in the Beehive State.