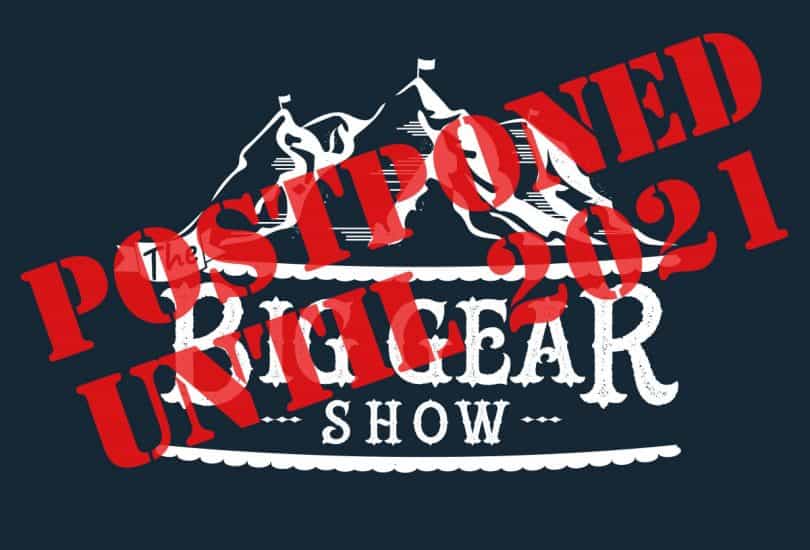 The Corona Virus has taken another victim. The Big Gear Show announced on Friday that the show will be postponed until August 2021. The inaugural event was scheduled to take place July 22-25, 2020 in Salt Lake City, Utah. We wrote about the show last year (read it here) and how it was welcome news for Utah, which had lost the Outdoor Retailer Show in its bitter, politically motivated move from Salt Lake City to Denver.

News of The Big Gear Show postponement was not totally unexpected. The news comes weeks after Outdoor Retailer announced the cancelation of their summer Denver show initially planned for June 2020.

The good news is The Big Gear Show was not canceled…just postponed. As a startup event, with no track record or revenue, Wasatch Rider feared organizers would be forced to throwing in the towel. Postponement requires a huge financial commitment. Fortunately, organizers report they will be keeping the key players on the team. Guys like Bike Show Director Lance Camisasca—who we interviewed in 2019—will use the extra time to make the show even more special. As a reminder, Camisasca ran Interbike for years. So he is a key player for us bike enthusiasts looking forward to a great 2021 event.

For more info on The Big Gear show, visit their website.

Okay…‘nuff said. We’ll update you in the coming months as the Big Gear Show. Here’s the full press release:

Salt Lake City (May 15, 2020) — The Big Gear Show (BGS), a new outdoor industry trade show focused on hardgoods, with an emphasis on paddling, cycling, climbing, and camping gear, announced the cancellation of its inaugural event, originally planned for July 22-25, 2020. After holding out as long as possible to make a final decision, show organizers have determined that the ongoing COVID-19 public health crisis will not allow for a show this year. Instead, The Big Gear Show will first stage August 3-5, 2021 in Salt Lake City.

Though the cancellation of the first-year event is difficult, The BIg Gear Show’s management is confident their model, which offers a hardgoods-focused, low cost, retailer-centric show with an unsurpassed demo opportunity, will be even more necessary in 2021, as brands and manufacturers take a hard look at their marketing budgets and finances. “Now’s definitely the time to reconsider ‘business as usual.’ We hope that brands will continue welcoming an alternative show like ours that allows them to meet with their specialty customers and effectively demo and launch new products for a fraction of the cost of traditional shows,” says show founder Sutton Bacon.

Bike Show Director Lance Camisasca adds, “The extra time gives us an opportunity to tailor the first-year event to our exhibitors’ new realities. We had already decided to establish dynamic, cutting-edge features for the inaugural event, but now we’ll be able to push that even farther and rethink every element of our show and optimize it for 2021’s new landscape.” Camisasca, former Show Director of Interbike, will be working alongside the former Show Directors of Outdoor Retailer, Kenji Haroutunian, and Paddlesports Retailer, Charles Conner to create an experience that’s in-step with the new reality of the outdoor industry and of hardgoods manufacturers in particular.

“In addition to helping brands right-size their budgets, we’ll be focused on providing specialty retailers the support they need during recovery. We’ll bring in experts to give advice and facilitate discussions on what’s working, and what’s not. Opening these discussions across the different channels of retail will help retailers learn how to emerge from the crisis in the best shape possible”, commented Haroutunian.

The Big Gear Show team has already begun working on its 2021 event, scheduled for August 3-5, 2021. Registration for the 2021 event is expected to open by mid-summer.