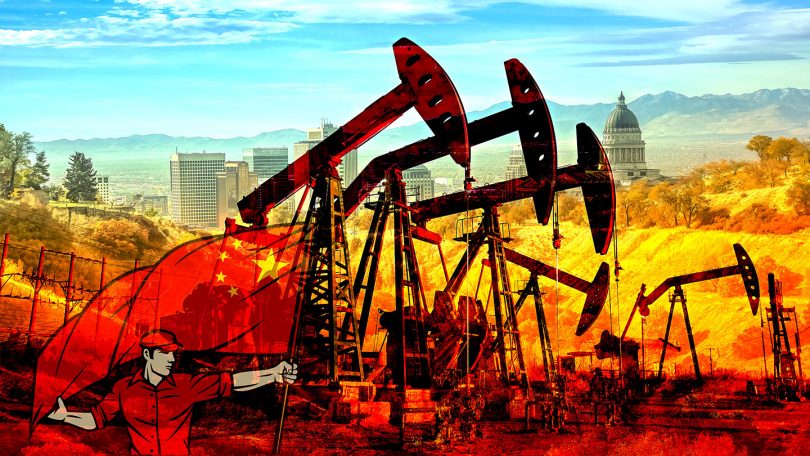 Outdoor enthusiasts, small retailers and small outdoor equipment manufacturers would likely welcome OR back, but does Utah really want to deal with the Devil that is the global outdoor retailer industry?

Five years ago, like a spurned lover, the Outdoor Retailer (OR) show bolted Salt Lake City in a huff for Denver, Colorado. At the time, some of OR’s largest exhibitors were threatening to pull out of the show if organizers did not move the show elsewhere.

With feigned outrage on full display, industry big wigs like Patagonia, Arc’teryx and former Black Diamond CEO Peter Metcalf, claimed that Utah’s poor record on the environment was a danger to the industry. Wasatch Rider wrote about it four years ago.

Utah State legislators and Governor Gary Herbert had the audacity to believe they could do a better job managing natural resources in places like Bears Ears, than the Federal government could. How dare they!

…this isn’t “once bitten twice shy,” this is “thrice bitten and who knows why!”

Fast forward to Fall 2021 when current Utah Governor Spencer Cox recorded a video, inviting OR to come back to Utah. I was a bit stunned at the invite. After all, this isn’t “once bitten twice shy,” this is “thrice bitten and who knows why!”

Not only did organizer Emerald X yank OR from Utah—like a schoolyard bully taking a child’s lollypop—but they bit a second time. Just weeks later, they further kicked the state to the curb by announcing that Utah was being unceremoniously dropped from the running to host Interbike. Interbike was the largest bicycle show in North America Utah and would have been a great host.

As if to rub salt into Utah’s wound, some of these same bad actors went on to fund the Center for Western Priorities—a political action committee that eventually launched a negative advertising campaign against Utah. For many, this attempt to lay waste to the state’s outdoor tourism industry rang vindictive. It was the third bite.

For many, this attempt to lay waste to the state’s outdoor tourism industry rang vindictive.

Now I don’t know about you, but my philosophy has always been two strikes and you’re out. Why only two? If it gets to three strikes, with me, the gloves come off. I hate going there, but I am going there now…clearly.

The global outdoor retail crowd is run by a minority of elites who will never be satisfied. I call them Big Outdoor. Recall that the initial issue OR had with Utah was hotel space. Once that issue began to be addressed, the goal posts were moved and the issue became an environmental one.

When Governor Cox invited OR to learn more about how Utah has made improvements to the land use issues—which allegedly started this whole mess—the global outdoor cabal quickly doubled down. They clearly were not satisfied at Utah’s attempt to mitigate the issues.

Just this week, as reported by ksl.com, dozens of global outdoor retail companies—including Patagonia, REI, North Face and others—promised to boycott OR if they moved back to Utah.

Why does Big Outdoor really hate Utah? Is it conservative Utah politics? Is it revenge for Utah turning to Donald Trump for help wrestling control of Utah public lands? Do they despise the coal that is mined in Utah? Who knows what their beef is, but it is clear that these outdoor companies are not interested in bringing OR back to Utah.

In claiming their issue was Utah’s environmental and land-use policies, Big Outdoor has exposed themselves as big hypocrites. Consider that a huge portion of their products are made with synthetic fabrics. What are synthetic fabrics made of? Coal, oil and natural gas. You read that right. Their entire outdoor industry is built on the back of fossil fuel.

Hundreds of outdoor companies, like The North Face, make tents with nylon fabric. Nylon is derived from polyamide monomers that are extracted from crude oil.

They complain that Utah is destroying the environment, but their own reliance on—and support of—the fossil fuel industry does way more damage to the environment than Utah could ever do.

Consider all of the open space closed to outdoor adventure because of the oil drilling and natural gas extraction required to make their amazing products. What about the oceans ravaged by oils spills, from the ships that carry oil to the plants in China that make their products?

In an interview with ABC News, Patagonia CEO Ryan Gellert said “Our position on the location of the Outdoor Retailer trade show remains clear and unchanged: The show belongs in a state whose top officials value and seek to protect public lands.” Do these guys actually believe their own words?

The show belongs in a state whose top officials value and seek to protect public lands.” –Patagonia CEO Ryan Gellert

Don’t get me wrong. I care about the environment but I’m a realist. I don’t applaud the environmental impact of the oil, gas and coal industries, but I understand that the world is dependent on fossil fuels for at least the near-term future.

And how many of these standup businesses manufacture products in China, which happens to be the world’s largest polluter. In 2020 China opened three-quarters of the world’s newly funded coal power plants—according to CarbonBrief—and accounted for more than 80 percent of newly announced coal power projects. I won’t even mention the strip mining.

Aside from taking a major role in destroying the environment, China employs slave labor in order to provide a competitive advantage over the rest of the world. Yes China, which steals the world’s intellectual property, ships deadly fentanyl to our shores, threatens nuclear war if anyone interferes with their plans to take Taiwan—and so much more.

Where does Big Outdoor get off on pointing the finger at Utah, while they partner with the worst environmental and humanitarian criminals ever?

If I could speak with Governor Cox, I would remind him that that these Big Outdoor hypocrites will never satisfied. I would ask, “Do we really want to sell our souls to the Devil?” There is no redemption with the Devil.

I would also tell the governor to consider smaller alternatives that haven’t been corrupted by Big Outdoor. Shows like The Big Gear Show which—had the pandemic response not ravaged us like the Ottoman Empire did to Eastern Europe—would have launched their smaller outdoor gear show in 2020.

In closing, I’ll reference a 2017 interview for Outside magazine, where former CEO of Utah-based Black Diamond Peter Metcalf stated, “The majority of the state [Utah] doesn’t understand what they’ve lost.” Seems more likely it is the outdoor industry that still doesn’t understand what is has lost. They have let political correctness and greed cloud their judgement.